Two men have been charged in the scheme, including for one incident that left a man with a traumatic brain injury 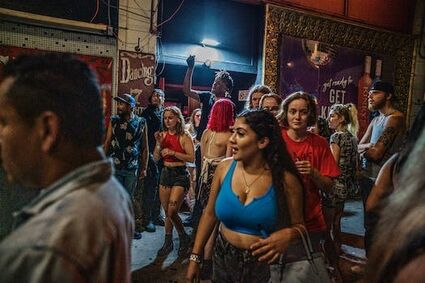 Patrons exited the Gay 90's as closing time approached in Minneapolis on Aug. 21.

Police believe a group of thieves has stolen more than 100 cellphones in downtown Minneapolis during the past 10 months in a violent scheme that targets victims' financial apps, according to a warrant application and charging documents filed against some of the suspected perpetrators.

The plot begins often around bar close with a member of the group approaching a target and asking if he can add his rap label's account to the person's Instagram, according to the documents, filed in Hennepin County district court in recent weeks. If the target hands over the phone, the suspects steal it and make purchases on the phone's apps or transfer the owner's money into their own accounts. If the owner resists, a member of the group assaults the victim.