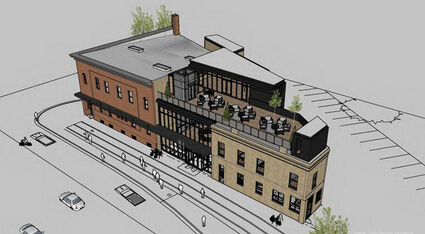 The tribal college plans to redevelop its campus, at 900 S. Third St., by constructing one large building on the site. This would incorporate two other buildings that already stand on the property and require the demolition of another building.

Red Lake Nation College is the two-year tribal college of Red Lake Nation, which is located in northern Minnesota in the Red Lake Reservation. The college is seeking Minneapolis Planning Commission approval this week for its redevelopment.

Red Lake Nation College bought the three-building site for $2.85 million in August 2021, according to public filings with the Minnesota Department of Revenue. Tiger Oak Media used to be located on the site.

The college is currently operating minimally in one building on the site, Chief Dan King said during a neighborhood meeting last week.

The college's initial goal is to enroll at least 250 students while also further developing curriculum and degree programs, according to a letter from the application included in a city report on the project.

For now, Red Lake Nation College will offer a limited number of classes, in a hybrid format, in one building while construction is underway this school year, King said.

Red Lake Nation College hopes to open the new building by this time next year, he said.

The addition includes an extra 9,300 square feet of space and a two-story glass atrium facing U.S. Bank Stadium. A rooftop patio facing the stadium would sit on top of the atrium. The college may earn additional income by hosting special events and tailgating events on the rooftop, Tom Wasmoen, an architect, managing principal and CEO of Minneapolis-based Firm Ground Architects, said during the neighborhood meeting.

The atrium would be mostly glass, allowing clear views in and out of the college. This will help the college connect with the city rather than feel isolated, which is an important gesture for a tribal college located in Minneapolis, Wasmoen said.

It would have parking on the backside of the building, using spots at the next door Periscope building. The property is near a light rail station and has the Hiawatha LRT pedestrian trail located next to it. The college plans to promote students' use of public transportation because of its proximity to mass transit, according to a staff report about the project.

Lakeville-based Loeffler Construction and Consulting is the general contractor on the project.

The Red Lake Nation has a presence in South Minneapolis. In 2019, it led development of a 110-unit affordable housing complex, which also has a community center, neighborhood clinic and Red Lake Nation Embassy.