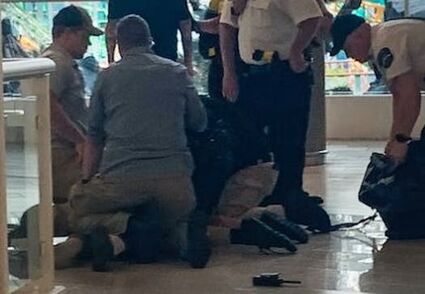 A man with a gun was detained at the Mall of America last week.

Newly filed charges allege that a 28-year-old gunman robbed two Mall of America stores one day last week shortly after pulling off the same crime at a Minneapolis pawnshop.

Cartier T. Alexander of Woodbury was charged Monday in Hennepin County District Court with three counts of first-degree aggravated robbery in connection with the holdups Friday of a sports apparel shop and a kiosk retailer at the Mall of America as well as Twin Cities Pawn on E. Lake Street in Minneapolis.

Alexander remains jailed in lieu of $100,000 ahead of a court appearance Tuesday. Court records do not list an attorney for him.