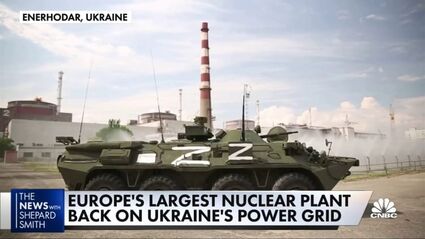 Moscow and Kyiv traded fresh accusations on Saturday of shelling around the Russian-controlled Zaporizhzhia nuclear power plant in Ukraine, which has been a focus of international concern that fighting in the area could trigger a disaster.

Zaporizhzhia, Europe's largest nuclear power plant, has been controlled by Russian forces since early March. Ukrainian staff continues to operate it and in recent weeks the two sides have traded blame for shelling near the plant.