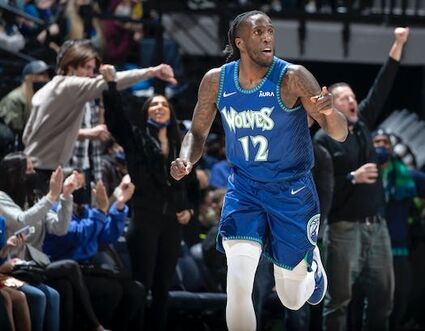 Taurean Prince played his first season for the Wolves in 2021-22 and signed a two-year contract during this offseason.

The six-year NBA veteran was taken into custody at Miami International Airport on a fugitive out-of-state warrant that came from Texas. Prince is a native of San Antonio and attended college at Baylor.

It was unknown what charge Prince faced from the warrant, and was not immediately clear what he was doing at the airport. He was booked under his legal name, Taurean Louis Waller-Prince, at 7:51 p.m. at Turner Guilford Knight Correctional Center adjacent to the airport, according to Miami-Dade County's Corrections and Rehabilitation website.