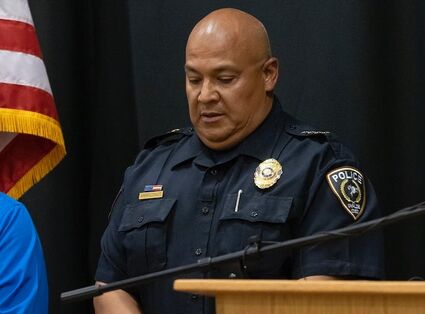 Uvalde schools police Chief Pedro "Pete" Arredondo listens during a news conference at Uvalde County Fairplex after 19 students and two teachers were killed in the shooting at Robb Elementary School on May 24, 2022, in Uvalde, Texas.

UVALDE, Texas - The Uvalde school district fired police chief Pete Arrendondo on Wednesday, making him the first officer to lose his job over the hesitant and fumbled response by law enforcement at Robb Elementary School as a gunman killed 19 students and two teachers in a fourth-grade classroom.

In a unanimous vote that arrived after months of angry calls for his ouster, the Uvalde Consolidated Independent School District's board of trustees fired Arredondo in an auditorium of parents and survivors of the May 24 massacre. His ouster came three months to the day after one of the deadliest classroom shootings in U.S. history.

Cheers from the crowd followed the vote, and some parents walked out in tears.