Eddie Frizell is the first Black marshal to serve in Minnesota 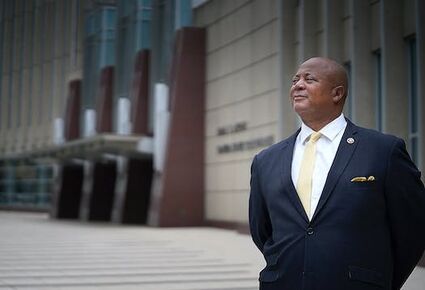 Eddie Frizell's three decades in law enforcement have often placed him at the center of some of the Twin Cities' most notable crises.

While he was a Minneapolis police supervisor, Frizell was just minutes away from the Interstate 35W bridge collapse in 2007. Five years later, he became the officer in charge of responding to the Accent Signage mass shooting in Minneapolis - the deadliest workplace shooting in Minnesota history - when he followed a series of squad cars that blazed by as he filled up his gas tank that afternoon.

"One thing I found in law enforcement is it's too late to hand out your business card in the midst of a crisis," said Frizell, Minnesota's newest U.S. Marshal.