U.S. officials told The Associated Press that the package is expected to be announced Wednesday 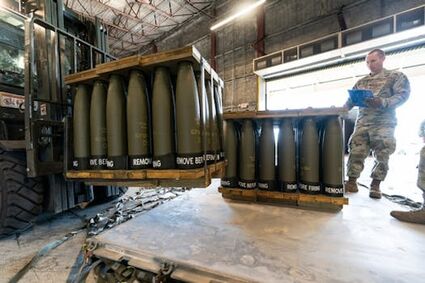 WASHINGTON - As Russia's war on Ukraine drags on, U.S. security assistance is shifting to a longer-term campaign that will likely keep more American military troops in Europe into the future, including imminent plans to announce an additional roughly $3 billion in aid to train and equip Ukrainian forces to fight for years to come, U.S. officials said.

U.S. officials told The Associated Press that the package is expected to be announced Wednesday, the day the war hits the six-month mark and Ukraine celebrates its independence day. The money will fund contracts for as many as three types of drones, and other weapons, ammunition and equipment that may not see the battlefront for a year or two, they said.

The total of the aid package - which is being provided under the Ukraine Security Assistance Initiative and is the largest to date- could change a bit overnight, but not likely by much. Officials said that it will include money for the small, hand-launched Puma drones, the longer-endurance Scan Eagle surveillance drones, which are launched by catapult, and, for the first time, the British Vampire drone system, which can be launched off ships.