The lawsuit alleges that contract language to protect teachers of color is illegal, as is using taxpayer money to implement it 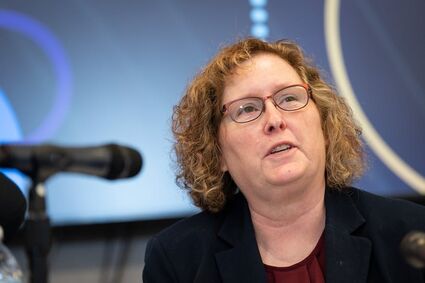 Rochelle Cox, interim superintendent of the Minneapolis Public Schools. A lawsuit filed by Judicial Watch alleging that the district's latest teacher contract provides discriminatory protections to racial minorities names Cox, the district and the school board as defendants.

An education foundation based in Washington, D.C., has brought a lawsuit against Minneapolis Public Schools, alleging that the district's latest teacher contract provides discriminatory protections to racial minorities.

The lawsuit, filed Monday by the conservative Judicial Watch, names interim Superintendent Rochelle Cox, the district and the Minneapolis board of education as defendants. Deborah Jane Clapp, identified as a Minneapolis taxpayer, is the plaintiff.

The agreement that ended the three-week teachers strike in March includes contract language that upends last-in, first-out hiring practices as a way to retain "members of populations underrepresented among licensed teachers." Those protections go into effect this spring and aim to help the district diversify its teaching staff to more closely match the demographics of the students it serves.