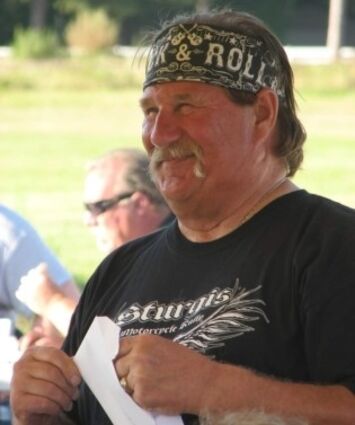 Steven Barry Stangel, 73, of Bena, Minnesota passed away on August 18, 2022 at St. Mary's Hospital in Duluth, Minnesota surrounded by his family.

Stevie married Diana Tibbetts on September 16, 1966. They were blessed by two daughters, Sherri and Stephanie "Skip", who they raised together at their home in Bena. Stevie served in the U.S. Army from 1968-1970 before returning home to Bena. He began a 33-year career working as a crane operator with the 49'ers. He was known as the SMOOOOOTH (with five-O's) Operator because of how gifted he was when operating the crane. He traveled with the Union to many places with one of his favorites installing towers on the big island in Hawaii.

Stevie purchased the Big Winnie Bar in 1980 and just recently retired from the bar in 2021. Stevie enjoyed all outdoor activities but one of his favorites was elk hunting trips out west with his friends; Jerry Bader, Denny Madden, Sr., Bob Kline, R.C., Wayne Madson and Jon Finn to name a few. Another favorite of Stevie's was to ride his Harley with all his friends and family. He loved his annual birthday bash rides that have been ongoing for the past 18 years. At one time, up to 70 bikes attended!

He is preceded in death by his mother, Noma Stangel and sisters Karen Tucker and Tiny Johnson.

A celebration of Stevie's life will be held on Sunday, August 28, 2022 at 1:00 p.m. in the Demo City Park in Bena, Minnesota. In honor of Stevie, the family would very much appreciate all bikers near and far to join us!