Saudi doctoral student gets 34 years in prison for tweets 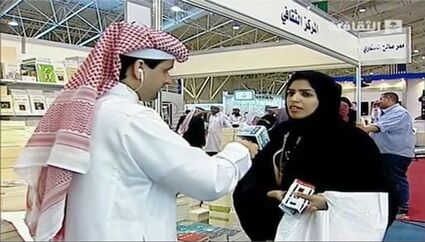 In this frame grab from Saudi state television footage, doctoral student and women's rights advocate Salma al-Shehab speaks to a journalist at the Riyadh International Book Fair in Riyadh, Saudi Arabia, in March 2014.

DUBAI, United Arab Emirates - A Saudi court has sentenced a doctoral student to 34 years in prison for spreading "rumors" and retweeting dissidents, according to court documents obtained Thursday, a decision that has drawn growing global condemnation.

Activists and lawyers consider the sentence against Salma al-Shehab, a mother of two and a researcher at Leeds University in Britain, shocking even by Saudi standards of justice.

So far unacknowledged by the kingdom, the ruling comes amid Crown Prince Mohammed bin Salman's crackdown on dissent even as his rule granted women the right to drive and other new freedoms in the ultraconservative Islamic nation.