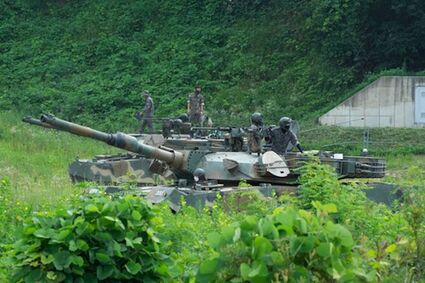 In a commentary published by state media Friday, Kim Yo Jong stressed that her country has no intentions to give away its nuclear weapons and ballistic missiles program for economic cooperation, saying "no one barters its destiny for corn cake."

She questioned the sincerity of South Korea's calls for improved bilateral relations while it continues its combined military exercises with the United States and fails to stop civilian activists from flying anti-Pyongyang propaganda leaflets and other "dirty waste" across their border.