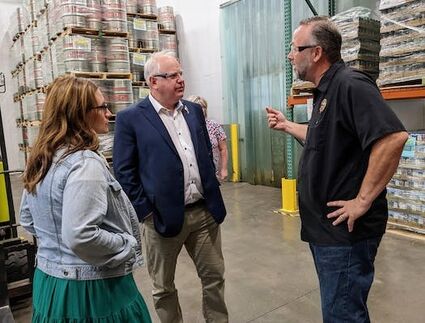 The longtime production cap on to-go sales, including growlers, was lifted in May when the Minnesota Legislature agreed to a deal that also allows craft distilleries to sell more of their product on site. The beer production cap affected five Minnesota breweries that made more than 20,000 barrels of beer annually, including Castle Danger.

"We are absolutely thrilled," said brewery co-owner Lon Larson. "We were losing that business and it wasn't just a loss for us, it was a loss for Two Harbors. Now it's coming back."