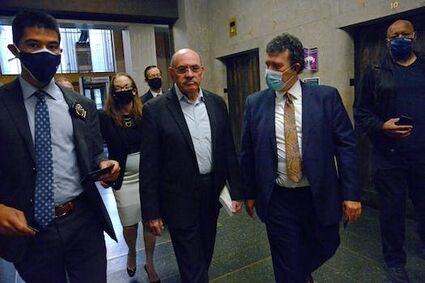 NEW YORK - Donald Trump's chief financial officer is expected to plead guilty to tax violations Thursday in a deal that would require him to testify about illicit business practices at the former president's company, two people familiar with the matter told The Associated Press.

Allen Weisselberg is charged with taking more than $1.7 million in off-the-books compensation from the Trump Organization over several years, including untaxed perks like rent, car payments and school tuition.

The plea deal would require Weisselberg to speak in court Thursday about the company's role in the alleged compensation arrangement and possibly serve as a witness when the Trump Organization goes on trial in October on related charges, the people said.