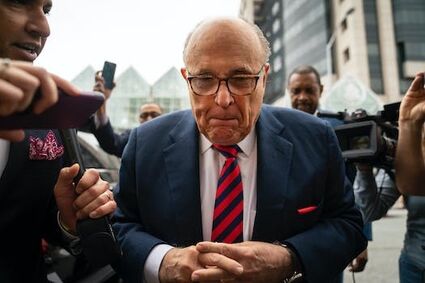 ATLANTA - Rudy Giuliani said Wednesday that he had "satisfied his obligation" after facing hours of questioning Wednesday before a special grand jury in Atlanta as a target of an investigation into attempts by former President Donald Trump and others to overturn his 2020 election defeat in Georgia.

In an interview with The Associated Press, Giuliani said Fulton County District Attorney Fani Willis ended his appearance by saying he had "satisfied his obligation under the subpoena."

"So I was very happy that I satisfied my obligation," he said.