Cheney braces for loss as Trump tested in Wyoming and Alaska 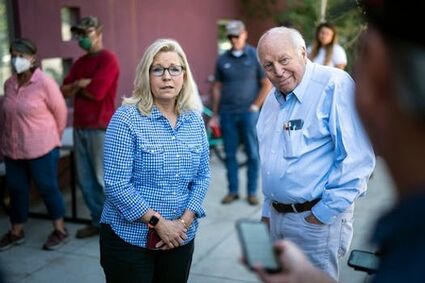 CHEYENNE, Wyo. - Polls closed across Wyoming Tuesday night as Rep. Liz Cheney, a leader in the Republican resistance to former President Donald Trump, fought to save her seat in Congress as voters weigh in on the direction of the GOP.

Cheney is bracing for a loss against a Trump-backed challenger in the state in which he won by the largest of margins during the 2020 campaign.

Win or lose, the 56-year-old daughter of a vice president is vowing to remain an active presence in national politics as she contemplates a 2024 presidential bid. But in the short term, Cheney is facing a dire threat from Republican opponent Harriet Hageman, a Cheyenne ranching industry attorney who has harnessed the full fury of the Trump movement in her bid to expel Cheney from the House.