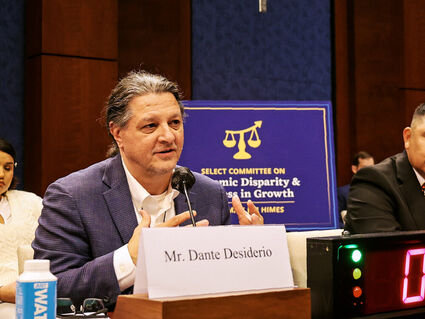 The nation's oldest and largest inter-tribal advocacy organization has "parted ways" with its highest-ranking employee, who had been on the job for barely a year.

In a statement released late on Friday evening, the National Congress of American Indians disclosed the departure of Dante Desiderio as the organization's Chief Executive Officer. No explanation was given for the decision.

"For almost 80 years, it has been our utmost interest and priority to serve as a leading voice for tribal sovereignty interests and initiatives. To continue to better serve our diverse sovereign Tribal Nations, we have parted ways with Mr. Desiderio," NCAI said in the statement, which did not use the full name of the now-former employee.