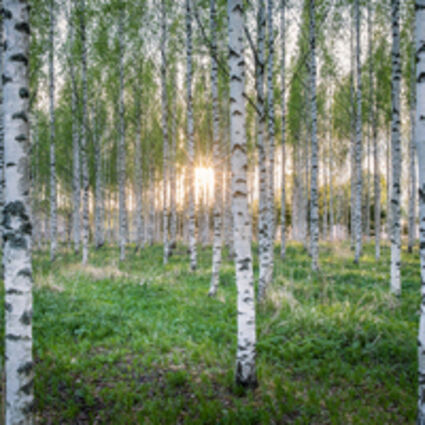 Babaamadizi Geshigikwe (Terry Rose Strong) passed on Wednesday August 10th around 7pm after a 28-day hospital stay at St. Mary's Hospital in Duluth, Minnesota. She succumbed to her bodily condition surrounded by her immediate family and children, as she began her journey to our relatives who have moved on before her. Terry is preceded in the afterlife by her father Terrence J Strong; her sister Rojean L Strong; two nephews: Boy Keezer & Isaiah Sargent; her grandparents Roy Mexican Sr. & Ella T Mexican (Tohannie), and John Strong & Alice Whiteman-Strong (Brown).

Terry was an enrolled member of the Bois Forte Band of Chippewa. She was born in Virginia Minnesota May 3rd, 1970. Her father (1946 - 1996) was Anishinaabe from Bois Forte and her mother Rosemary (1944) is Dine' from the Tonalea/Red Lake/Western Agency area of the Navajo Nation.

Terry graduated from Orr High School in 1988. Professionally she made career choices that focused on helping others. She especially enjoyed working in her last job as a Chemical Dependency Prevention Specialist. Terry was a compassionate advocate for youth, elders and community. She had a very loving positive heart and always seen the glass half full. She carried self-respect and understanding with high regard in her professional, personal and family affairs. She had a sharp wit and always had a knife-like comeback or joke to ease tension and an unforgettable laugh/cackle to signify great time was being had or a "good one" was being told.

Though she would never complain or let it be known to even family at times she suffered long with Sjogren's Syndrome and the long-term complications from Lupus as an adult since her early 20s. She always carried a silent strength that commanded respect and admiration. She was humble and lived by example. She had many life-long friends. So much so she was a fortunate to need more fingers to count them all.

Terry enjoyed spending time with her family. She made it a point to go that extra mile to create lasting memories especially during the last year as her ER visits increased, and the ailments she managed tightened its grip on her body, she made it a point to spend quality time with her youngest nieces and nephews. She was an avid Pow Wow dancer when she was able and traveled all around the Midwest US and Central Canada through the 80s, 90s and 2000s.

She enjoyed outdoor activities and being outside and she loved being part of our community and lending a helping hand or a shoulder to those in need.