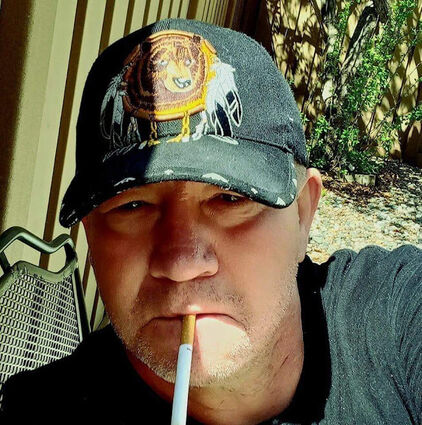 Charles 'CT' Taylor, 47, of Minneapolis passed away on Saturday, July 30th surrounded by his loved ones.

Charles was born in Minneapolis, MN to parents Eunice Taylor and Charles Lyons. He grew up on the Leech Lake reservation in Cass Lake before he married and went on to father four children. A loving father, husband, brother, uncle, and grandfather, he had such a big heart and treasured all the time he spent with his family and friends. Charles was a goofy man, he had the ability to smile and laugh no matter what hardships he faced. He was proud of his Native American heritage, was an advocate for Missing and Murdered Indigenous Women, and was always willing to help someone in need. He had completed training to become a Peer Recovery Specialist and worked to change lives for the better. Charles received the name Baa'dwe Wii'dang, coming of the thunder.

He is preceded in death by his mother, Eunice Taylor; his father, Charles Lyons; and his brothers, Shane and Charlie.

He is survived by his children, Cody, Caden, Cara, and Chris; his grandson, Alexander; his niece, Angel, who he loved like his own, along with her two children, Emmett and Delilah; his sisters, Dawn and Rikki; his brothers, BJ, Floyd and Lloyd; and the mother of his children, Amanda.

Services will be held at Gichitwaa Kateri Catholic Church (3045 Park Ave, Minneapolis) on August 15-16th starting at 5pm on Monday and ending at 12pm on Tuesday.