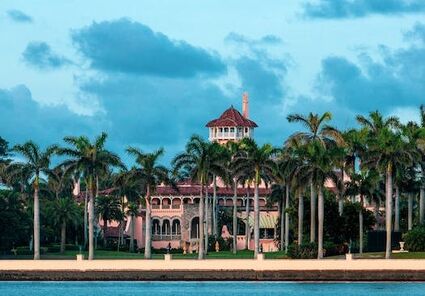 Former President Donald Trump's Mar-a-Lago resort in Palm Beach, Fla., in June 2020. Trump said in a lengthy statement Monday that the estate had been "raided, and occupied by a large group of FBI agents."

Donald Trump said on Monday that the FBI had searched his Palm Beach, Fla., home and had broken open a safe - an account that, if accurate, would be a dramatic escalation in the various investigations into the former president.

The search, according to two people familiar with the investigation, appeared to be focused on material that Trump had brought with him to Mar-a-Lago, his private club and residence, after he left the White House. Those boxes contained many pages of classified documents, according to a person familiar with their contents.

Trump delayed returning 15 boxes of material requested by officials with the National Archives for many months, only doing so when there became a threat of action being taken to retrieve them.