Fred Ulysses Walker had his hands raised when he was shot, the charging document said 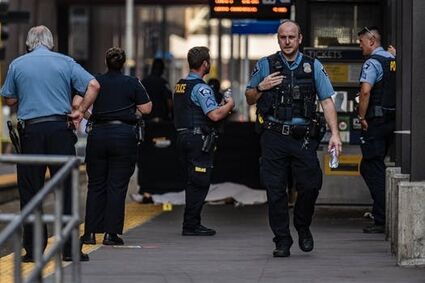 Tuesday's brazen shooting at the 5th and Nicollet Avenue light rail station added to worries about crime in downtown Minneapolis.

A St. Paul teenager was charged Thursday with second-degree murder for allegedly shooting a 15-year-old boy at a downtown Minneapolis light-rail transit station Tuesday as the unarmed victim had both hands raised.

Tashawn C. Powell, 17, was charged in Hennepin County District Court by juvenile petition, which noted that prosecutors intend to have the case moved to adult court. The brazen shooting, which occurred around 5:30 p.m., added to worries about crime in the city's downtown core.

The 15-year-old was identified by the Hennepin County Medical Examiner's Office late Thursday afternoon as Fred Ulysses Walker and ruled that a gunshot to the chest killed him.