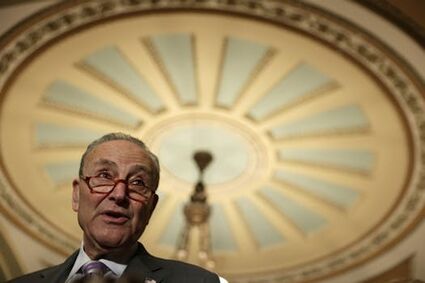 WASHINGTON - Senate Democrats have reached an accord on changes to their marquee economic legislation, they announced late Thursday, clearing the major hurdle to pushing one of President Joe Biden's leading election-year priorities through the chamber in coming days.

Sen. Kyrsten Sinema, D-Ariz., a centrist who was seen as the pivotal vote, said in a statement that she had agreed to changes in the measure's tax and energy provisions and was ready to "move forward" on the bill.

Senate Majority Leader Chuck Schumer, D-N.Y., said lawmakers had achieved a compromise "that I believe will receive the support" of all Democrats in the chamber. His party needs unanimity to move the measure through the 50-50 Senate, along with Vice President Kamala Harris' tie-breaking vote.