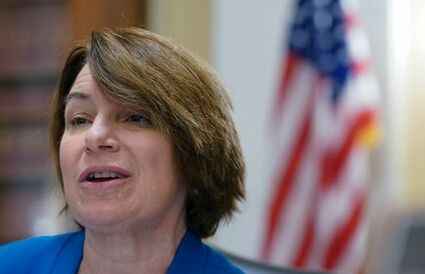 "It sends a warning shot to tyrants around the world who believe free democracies are just up for grabs," Sen. Amy Klobuchar, D-Minn., said in the Senate debate ahead of the vote.

WASHINGTON - U.S. Senators delivered overwhelming bipartisan approval to NATO membership for Finland and Sweden Wednesday, calling expansion of the Western defensive bloc a "slam-dunk" for U.S. national security and a day of reckoning for Russian President Vladimir Putin over his invasion of Ukraine.

Wednesday's 95-1 vote - for the candidacy of two Western European nations that, until Russia's war against Ukraine, had long avoided military alliances - took a crucial step toward expansion of the North Atlantic Treaty Organization and its 73-year-old pact of mutual defense among the United States and democratic allies in Europe.

Senate Majority Leader Chuck Schumer invited ambassadors of the two nations to the chamber gallery to witness the vote.