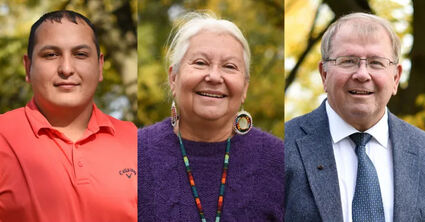 BEMIDJI - With four candidates competing for the seat, a primary election will be held on Aug. 9 to narrow down the field for the at-large position on the Bemidji City Council. After the primary, two candidates will emerge and proceed to the general election in November.

The candidates, incumbent Daniel Jourdain, Ward 1 Councilor Audrey Thayer, Ward 3 Councilor Ron Johnson and Pam Dreyer, each share their thoughts on some important topics, ranging from housing to financial responsibility, before the race.

Daniel Jourdain, 36, was elected to the council's at-large position in 2021 after defeating Dave Larson in a runoff election 524-410. He is an employment specialist with the Minnesota Chippewa Tribe and an enrolled member of Red Lake Nation.