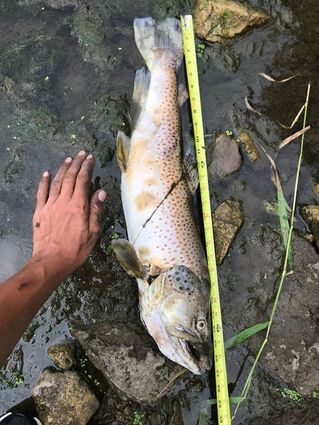 John Weaver walked down the shore of Rush Creek to one of his more reliable southeastern Minnesota fishing holes, hoping to land some brown trout. Instead he saw a white belly of a dead fish floating on the water. Then another, and another.

"I fish 100 days a year and I have almost never seen a dead trout on the water," Weaver said. "It happens very, very rarely. I have never seen two floating in the same pool."

It was the evening of July 25. He walked up and down the shoreline and saw that many more fish had washed up on the stream's banks. It turned out he had stumbled across a massive die off, with at least 2,500 fish dead, the majority of which were brown trout.