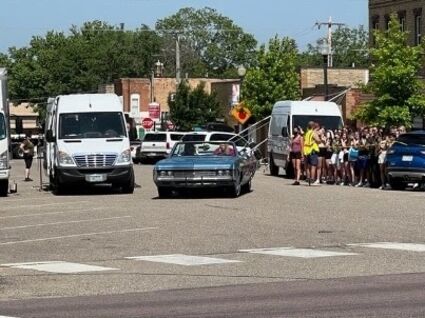 St. Paul – Today the Minnesota Department of Employment and Economic Development (DEED) announced eligible projects for Minnesota's Film Production Tax Credit. The tax credit program was enacted in 2021 as an incentive for film and TV productions to bring their business to Minnesota. State incentives are one of the major contributing factors when deciding where to produce a project and Minnesota is one of 33 states that offers this incentive as an economic development tool. The tax credit provides an assignable 25% income tax credit to production companies that spend at least $1,000,000 in a taxable year for eligible production costs, and typically most projects will spend more in the state than the amount that qualifies for the credit.

"We're excited to see this tax credit help bring production efforts to Minnesota," said Department of Employment and Economic Development (DEED) Commissioner Steve Grove. "These projects positively impact our economy, jobs, and spending at local businesses. And people from around the country can experience the amazing quality of life in Minnesota."

Since the Film Production Tax Credit was enacted, six projects have been approved and are in various stages of production. These projects represent more than $10.3 million in proposed spending in Minnesota – much of that in wages for Minnesota workers.

The Film Production Tax Credit is administered by DEED and the Department of Revenue. The nonprofit Minnesota Film & TV promotes the program and the state to the industry as well as provides support and assistance to productions.

"Having a tax credit incentive is a game-changer for Minnesota's production industry. With these first projects underway, we'll be able to show the industry that Minnesota is great place to produce film, TV, and streaming content," said Melodie Bahan, Executive Director of Minnesota Film & TV.

• Currently in production in the Twin Cities metro

• Distribution: To air on HGTV

• Recently wrapped production in the Twin Cities metro and Stillwater

• Currently in production in Minneapolis

• Description: MAKE has been awarded a bundle of 14+ commercials for Mattel, to be executed in two halves of 2022. These include concept, production and post-production.

DEED is the state's principal economic development agency, promoting business recruitment, expansion and retention, workforce development, international trade and community development. For more details about the agency and its services, visit the DEED website, the JoinUsMn.com website, or follow us on Twitter.