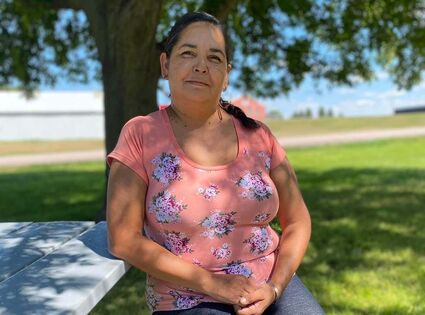 This is the second in a three part series following intergenerational impacts the United States' nearly 200 year policy of Indian boarding schools had, and continues to have, on some tribal members on the Rosebud Indian Reservation in South Dakota today. This story was produced as a project for the USC Annenberg Center for Health Journalism's 2021 Data Fellowship.

In scrolling black ink, LeToy "Toy" Lunderman illustrates intergenerational trauma like this: three big circles represent three generations, the first circle nearly empty but for a sliver of solid-representing all that was taken from survivors of boarding school-and the subsequent circles gradually filling with solid until the last circle is whole again.

She's the middle circle, the conduit between hardship and healing, among the generation of children born in the mid '70s who grew up in the years immediately after the federal government abandoned its Indian Boarding School policy.