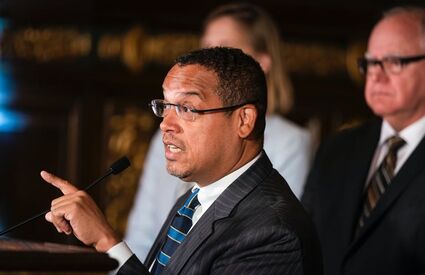 Attorney General Keith Ellison is not challenging a ruling that struck down many Minnesota abortion restrictions, such as a 24-hour waiting period, two-parent notification for minors, an informed consent requirement and a requirement that abortions after the first trimester be performed in a hospital.

Ellison's decision comes more than two weeks after a district court judge ruled that many state laws restricting abortion access were unconstitutional, immediately blocking their enforcement. By not appealing, Ellison's move will indefinitely ensure expanded access to abortion in Minnesota, now a haven for the procedure in the Midwest following the overturning of Roe v. Wade.

"I must consider the broad public interest in deciding whether to appeal any court outcome, including rulings related to the constitutionality of state laws," Ellison said in a lengthy statement about his decision. "The public interest includes a number of factors, including the likelihood of success of an appeal, the proper and careful use of state resources, the impact on other areas of state law, and the public's need for finality."