The fair fell short of its 2,700-worker goal last year 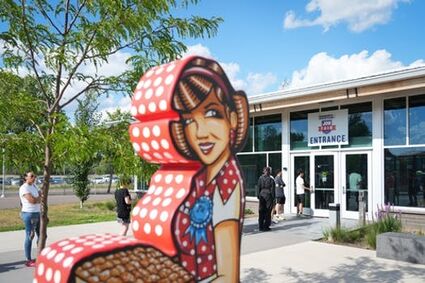 People stood in line Wednesday at the Minnesota State Fairgrounds hoping to be chosen to fill one of the 1,200 open jobs the fair wants filled before the big event begins Aug. 25.

The Minnesota State Fair has 1,200 jobs to fill, a year after struggling to attract enough workers to run the end-of-summer extravaganza and just days after the state broke the national record for the lowest unemployment rate in recorded history.

The fair has already hired more than half the 2,700 workers it's seeking to staff ticket booths, parking lots, rides, games and barns, and to work as custodians. Last year, officials came up short with a total of 2,100 workers, including full-timers. But they say they're optimistic they will fill the remaining open positions in time for opening day Aug. 25, emphasizing that working at the Great Minnesota Get-Together appeals to everyone from students to retired seniors to moonlighting professionals.

"This is a real short-term gig. It's a really a fun one. There are not a whole lot of jobs where you work 12 days. There's a lot of people who enjoy the fair and just want to be part of this big celebration," said the fair's General Manager Jerry Hammer. "I know a lot of people who take off time from their regular job to work the fair."