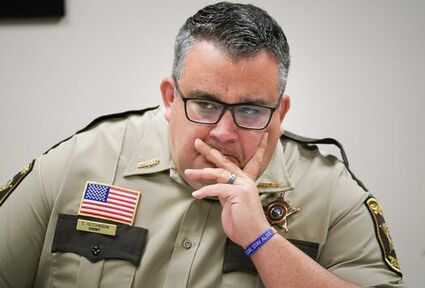 Hennepin County has launched an investigation into two hostile workplace complaints made against Sheriff David Hutchinson, who has been on paid medical leave from his $186,000-a-year job since late May.

The investigation began in April, a month before Hutchinson abruptly went on leave for unspecified reasons. County spokeswoman Carolyn Marinan said she could confirm only that the complaints "exist and are pending."

The Star Tribune has submitted data practices requests for texts, e-mails and reports related to the investigation. Hennepin County officials said they are not public data and have declined to provide them.