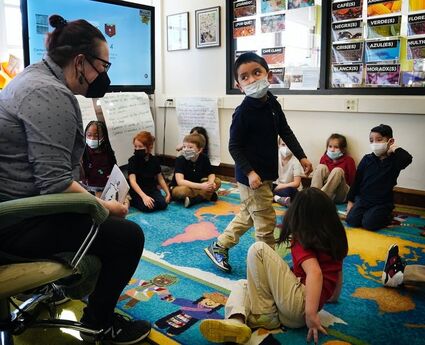 Students at Minneapolis' Emerson Elementary will wear uniforms this fall, with solid-color shirts and khaki, black or blue pants, similar to those worn by students in this picture from spring 2022 at Sheridan Elementary, now known as Las Estrellas.

That's because the magnet school is the latest in Minneapolis Public Schools to implement a dress code, requiring its students to pair a solid-colored top in either red, blue, black or white with blue, black or khaki pants. That decision came after a schoolwide vote that showed 55% of families were in favor of adding uniforms.

"My thought on uniforms has always been that it needs to be a community decision," said Emerson Principal Jim Clark.