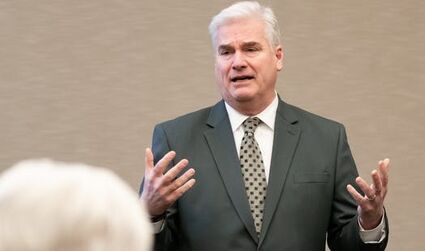 U.S. Rep. Tom Emmer was the only Minnesota Republican in Congress to vote for a bill that would codify federal protections for same-sex couples, despite his previous opposition to gay marriage.

The Respect for Marriage Act passed by the House Tuesday was a direct response to concerns that the U.S. Supreme Court could target same-sex marriage after overturning Roe v. Wade. Emmer joined 46 other House Republicans and Minnesota Democratic Reps. Angie Craig, Dean Phillips, Betty McCollum and Ilhan Omar in voting in favor.

Emmer, who represents the Sixth District, also chairs the National Republican Congressional Committee. As a state representative in 2007, Emmer sponsored a bill proposing a constitutional amendment for Minnesota to only recognize marriages between men and women. And as a candidate for governor in 2010, Emmer got the backing of the National Organization for Marriage for his opposition to same-sex marriage.