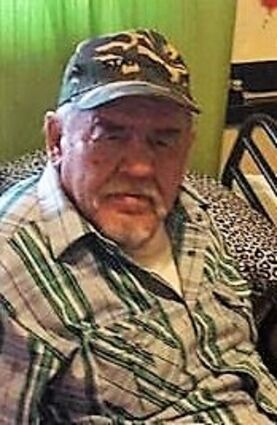 Stanley Lufkins was born on November 10, 1945, to George and Ida (Goodbird) Lufkins Jr. He was the fifth child out of fourteen children. Stanley was born in Sisseton, SD at the old Indian Health Service.

Everybody that knew Stanley, would always walk away with a chuckle or a laugh. Now, he is giving King Jesus one. He is probably telling some good stories to Grandma Ida, Grandpa George, Sisters Beana, Faya, Mary Jane, Leona, Elverna, Becky; Brothers Narcisse, Rodney, Vernell; Daughter Lisa and Son Stacey. We can't forget good friend Orson Bernard and many others.

Stanley is survived by a son, a daughter, three sisters, one brother, grandchildren, and many nieces and nephews.

A visitation will be held on Friday, July 22, 2022 at The Sisseton Wahpeton Oyate Community Center beginning at 7:00 P.M. in Sisseton, South Dakota.

Philmore Simon will officiate and special music by Devola Haug.

Honorary Casket Bearers will be Stanley's Loving Family and Friends.

The Chilson Funeral Home in Winsted, Minnesota assisted the family with funeral arrangements.

On-line condolences can be directed to http://www.thechilsonfuneralhome.com