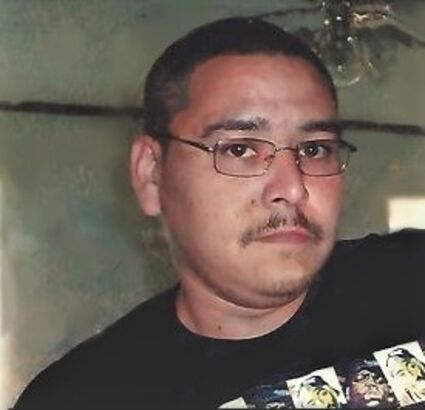 Rodney John Cournoyer, age 42 began his journey to the spirit world on Wednesday, July 13, 2022, in Bemidji, MN. His spirit name is "Niizh Nagamonan" (Two Songs). He was from the Bear Clan.

Rodney was born on September 10, 1979 to Rose Cournoyer and Bruce Hegstrom. He grew up in Redby and Bemidji and attended school in both places. He acquired his GED and a Heavy Equipment Certificate using the backhoe. Rodney worked for NCS laying cable in Minnesota, South Dakota, and Montana. He later worked for the Palace Casino and the new Cedar Lakes Casino. He also worked with a crew that traveled to North Carolina to clean up after an ice storm. He was currently working for Burger King.

Rodney's greatest joy was spending time with his nieces and nephews and loved to spoil them when he could. He loved spending time with his family and friends. He was such an easy-going guy that he made friends wherever he went. One of his biggest qualities was helping others who didn't have much. He would be the first one to greet a new client and would share what he had with them. He had a caring and generous heart. Even when he didn't have much, he still shared.

He also loved to go to pow-wows to dance and sing. He played softball for Shemogan and played football for Redlake. During his younger days, he liked to spend time with Uncle Ron and Ron's buddies. They taught him to break dance. His mother entered him in a breakdancing contest at the Mall and he won 2nd place. He was so proud.

Rod had a great sense of humor and always had to tease someone. It's a sure thing that everyone he knew has a Rodney Story. He will be missed by all who knew and loved him.

The wake for Rodney will begin on Tuesday, July 19, 2022, at 3:00pm at the New Redby Center and will continue until the service on Thursday, July 21, at 2:00pm. Fr. John Christianson will officiate. Those helping to lay Rodney to rest will be John Cournoyer, Darrell Cournoyer, David Cournoyer, Sr., Roger Strong, Ron Cournoyer, Herman Donnell, Marvin Stone, Clinton Donnell, and Justin Donnell.