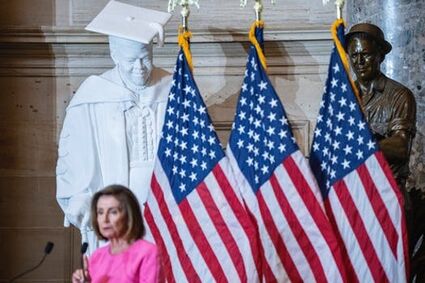 A statue of Mary McLeod Bethune was unveiled Wednesday in the U.S. Capitol, making her the first Black American in the National Statuary Hall collection.

Bethune was a civil rights activist, a presidential adviser and the founder of the Daytona Literary and Industrial Training School for Negro Girls, which became Bethune-Cookman University in Daytona Beach. Her statue represents the state of Florida.