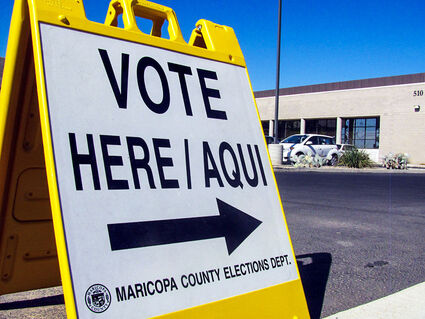 Another Arizona election law is being challenged in court, with the Justice Department suing to block a strict voter ID law that requires proof of citizenship for both federal and state voter registration applications. The Supreme Court struck down a similar Arizona law in 2013. File photo by Natasha Khan / Cronkite News

It's just the latest legal challenge to election laws in Arizona, which have landed before the Supreme Court twice in recent years – winning once and losing once – in what has become a frustrating "broken record" for some advocates.

"It's very disturbing and it's just getting tiring," said Petra Falcon, executive director of Promise Arizona. "What a waste of money, waste of energy."