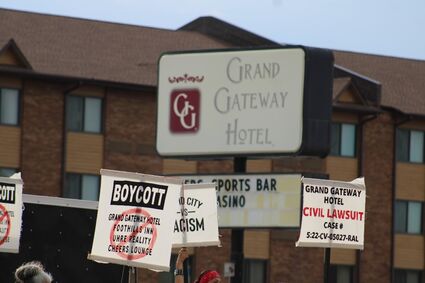 RAPID CITY-The racist comments a hotel owner made has spurred regular protests at the Grand Gateway Hotel in Rapid City, South Dakota. A group of people have demonstrated outside the hotel property every Monday, Wednesday, and Friday for the last 12 weeks.

On March 20, Connie Uhre, a co-owner of the Grand Gateway Hotel, made disparaging comments about Native Americans on the Mayor of Rapid City's Facebook page, saying she is unable to distinguish "between a good Native and a bad Native." She has also threatened to ban Native Americans from the property.

Led largely by NDN Collective, a not-for-profit Indigenous-led organization, protestors have been demonstrating outside the hotel rain or shine.