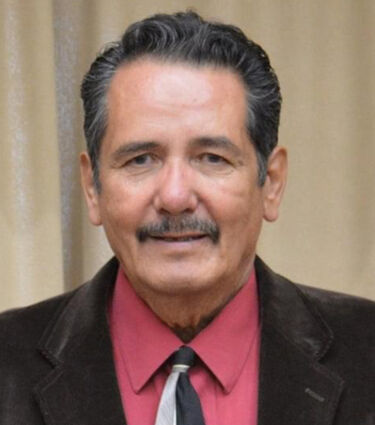 At the age of 72, Pastor Maynard LaVallie of Bemidji, MN made his triumphant transition to glory on Wednesday, June 29th with his eyes looking toward Heaven at the Sanford Bemidji Medical Center from a prolonged illness. Assuredly, the angels rejoiced at his arrival.

Maynard LaVallie came into this world on April 28th,1950, in Belcourt North Dakota the son of Louis and Helen (Burnelle) LaVallie. Maynard grew up in Belcourt ND he came from a large family of 13 boys and 6 girls, who grew up working on their family farm. Maynard attended boarding school in Wahpeton ND. Maynard moved to Gillette WY to work on the oil rigs where he met Pauline LaVallie and married on January 28th 1978, in Gillette WY. The couple was blessed with 4 children. They moved to Mobridge SD in 1986, where Maynard attended Central Indian Bible College. In 1992 the couple moved to Grand Forks, ND where Maynard was chaplain at City Rescue Mission. The couple moved to Rapid City SD in 1992 where Maynard was director of the homeless mission. In 1993 they moved back to Grand Forks where Maynard was a recruiter for the bible college. In October of 1997 they moved back to Gillette where Maynard continued to serve the Lord as an Evangelist throughout the U.S. and Canada. In 2010 after 32 years of marriage, Maynard’s wife Pauline passed away and Maynard moved to Bemidji MN where he married Joanie LaVallie (Maxwell).

Maynard has been an ordained minister with the Assembly of God Fellowship for 26 years. The Lord called Maynard and Joanie to the Red Lake Indian Reservation to plant a church. Maynard was given a vision of Transformation Acres, where the newly Chief Cornerstone building now resides. Maynard had a heart for winning souls for the kingdom and felt the Lord called him and Joanie to minister to the Red Lake Nation Reservation and surrounding areas. With the help of many supporters, his business partner Dennis Johnson and prayer warriors the Church was planted and finished the day before Maynard’s passing. Maynard's hobbies included working on old cars, driving around his classic cars, spending time with his wife, children, grandchildren, and great grandchildren. He will be greatly missed by his family and friends.

Viewing will be from 11am – 1pm before the service starts. Funeral services for Maynard LaVallie will be held at 1:00 pm Tuesday, July 5th, 2022 at The Chief Cornerstone Assembly of God Church with Pastor Rodney LaVallie and Bryant LaVallie officiating.