Democrats push abortion to the forefront in Minnesota governor's race 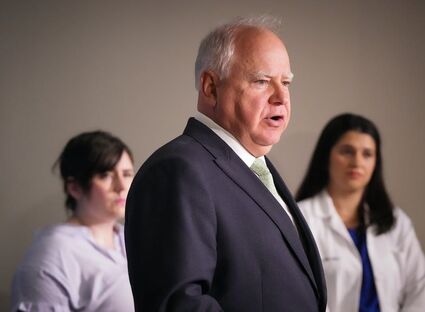 Gov. Tim Walz is going on the offensive on the issue of abortion in his campaign for re-election, hoping to rally the Democratic base around fears that a Republican administration would move to undo Minnesota's status as an abortion haven in the Upper Midwest.

In a news conference on Tuesday, Walz charged that his Republican opponent Scott Jensen's position on abortion is among the most extreme in the nation and touted his own recent executive order aimed at protecting people who seek or provide abortions in Minnesota from criminal penalties.

"This isn't a nuanced position between myself and my opponent. This is as far as the Grand Canyon could be in how we view women and how we could help them," said the first-term DFLer, standing alongside abortion rights proponents and providers.