Supreme Court backs coach in praying on field after games 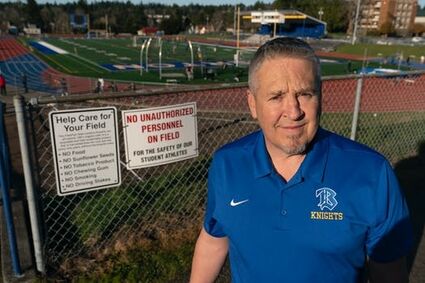 WASHINGTON - The Supreme Court said Monday that a high school football coach who knelt and prayed on the field after games was protected by the Constitution, a decision that opponents said would open the door to "much more coercive prayer" in public schools.

The court ruled 6-3 for the coach with the conservative justices in the majority and the liberals in dissent. The case was the latest in a line of rulings for religious plaintiffs.

The case forced the justices to wrestle with how to balance the religious and free speech rights of teachers and coaches with the rights of students not to feel pressured into participating in religious practices. The liberal justices in the minority said there was evidence that Bremerton (Washington) High School Coach Joseph Kennedy's prayers at the 50-yard-line had a coercive effect on students and allowed him to incorporate his "personal religious beliefs into a school event."