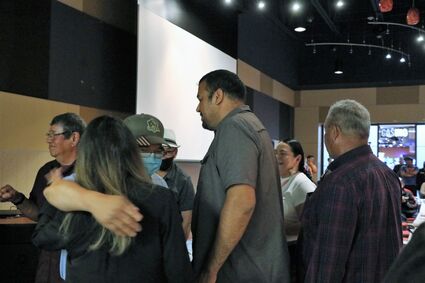 On Tuesday, June 14, 2022, the Regular Tribal Council Meeting opened at the Red Lake Casino Event Center, where the first order of business was the certification of the 2022 Election results and the swearing-in of two officers, Secretary Sam Strong and newly elected Treasurer Vernelle Lussier.

Strong defeated Tim Sumner in the May 2022 General Election, while Lussier defeated Martina Beaulieu. Former Treasurer Annette Johnson did not run for reelection after serving 8-years in that position.

This will be Strong's second term, and Lussier's first.

In the official results of the Red Lake Tribal Elections of May 18, 2022, just 3 votes separated challenger and former Tribal Chairman Floyd "Buck" Jourdain and current Chairman Darrell Seki. Seki is seeking his 3rd term. Jourdain had 1510 votes and Seki 1507. The two will be in a Run-Off Election in July 2022 because there were 3 other candidates.

In all four District Elections, a Run-Off Election will be held in July between the two top candidates receiving the most votes. They are: Little Rock: Incumbent Adrian Beaulieu who will face Harlow Spears; Ponemah: Randall Kingbird will face Eugene Standing Cloud; Red Lake: Incumbent Donald Good Sr. will face Robert Lee May; and in Redby: Herman Donnell will face Harold Graves, Jr. 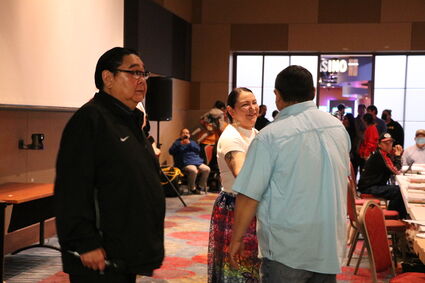 After the ceremony and a farewell to former Treasurer Johnson, the Regular Tribal Council Meeting reconvened to conduct their regular meeting

After the ceremony and feast, the Regular Tribal Council Meeting reconvened at the Red Lake Government Center.