Anoka-Hennepin school board may boost staff, dip into reserve fund 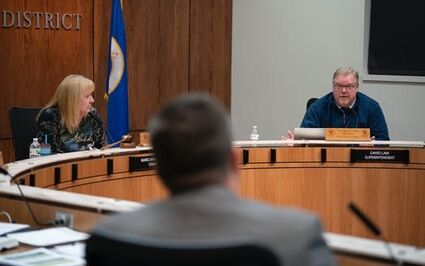 Anoka-Hennepin Superintendent David Law presented his final proposed budget to the school board on June 27. He was hired away by Minnetonka Public Schools and starts there July 1.

The Anoka-Hennepin school board is considering a nearly $600 million spending plan for next year as Superintendent David Law wraps up his eight-year tenure leading the state's largest district.

District officials expect they'll spend about $596 million while bringing in a little more than $569 million in revenue. That means Anoka-Hennepin will draw about $27 million from its $166 million reserve fund balance to make up the difference.

Back in May, Chief Financial Officer Michelle Vargas told the school board that one-time expenses account for about $23 million of next year's spending. The school board did not vote on the budget by press time.