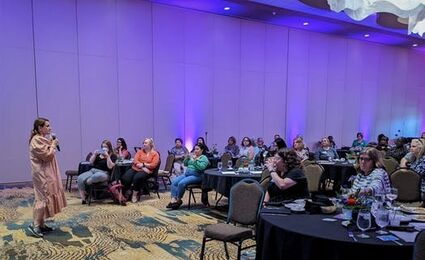 WAITE PARK - Hushed voices filled a hotel conference room as women from across the state shuffled in to the launch of a two-day training, looking for seats as female empowerment songs boomed from the speakers.

As they ate dinner, local elected leaders told stories of cold-calling constituents, door-knocking for hours on end and the challenges of simply existing in a male-dominated political field.

By the end of the meal, those hushed voices rose to make loud and confident proclamations about why they were attending the conference: to learn to win in an election.