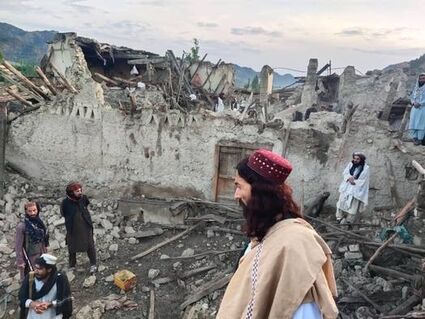 In this photo released by a state-run news agency Bakhtar, Afghans look at destruction caused by an earthquake in the province of Paktika, eastern Afghanistan on June 22, 2022.

The quake was Afghanistan's deadliest in two decades, and officials said the toll could rise. An estimated 1,500 others were reported injured, the state-run news agency said.

The disaster inflicted by the 6.1-magnitude quake heaps more misery on a country where millions face increasing hunger and poverty and the health system has been crumbling since the Taliban retook power nearly 10 months ago amid the U.S. and NATO withdrawal. The takeover led to a cutoff of vital international financing, and most of the world has shunned the Taliban government.