Ellison said he is prepared to defend travelers who get abortions here if Roe v. Wade is overturned 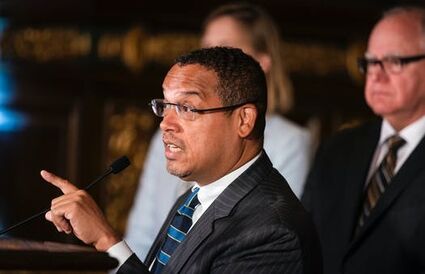 Attorney General Keith Ellison said he will defend women who seek abortions in Minnesota if Roe v. Wade is overturned.

Minnesota Attorney General Keith Ellison vowed Tuesday to legally defend travelers who come here to get an abortion and face prosecution in their own states for doing so.

If the U.S. Supreme Court overturns Roe v. Wade, Minnesota will be prepared to serve and defend an influx of abortion patients who come from states that outlaw the procedure, Ellison said during a news conference at the State Capitol. Ellison said he will reject extradition requests and fight other states in court if necessary.

"No one who travels from another state to seek an abortion that's legal in Minnesota is going to be prosecuted," Ellison said. "I will directly intervene to stop any such prosecution events."