Former Proctor football player sentenced to probation, must register as a sex offender

"I made a mistake I will forever regret," he told the judge 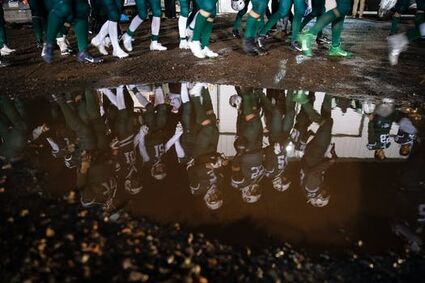 The Proctor High School football team walked out onto the field to face Cloquet in 2020. A former member of the team was sentenced Monday for the sexual assault of a teammate.

DULUTH - The former Proctor, Minn., high school football player charged with sexually assaulting a teammate last fall was placed on probation Monday and must register as a sex offender for 10 years.

The 18-year-old, who was 17 at the time of the September incident, pleaded guilty last month after an agreement was reached between the defense and St. Louis County prosecution to keep his case within juvenile jurisdiction, rather than asking the court to treat him as an adult. On Monday, Judge Dale O. Harris placed him on supervised probation until his 21st birthday. If he violates probation, guidelines call for a four-year prison sentence.

The Star Tribune typically does not name juveniles charged with crimes.