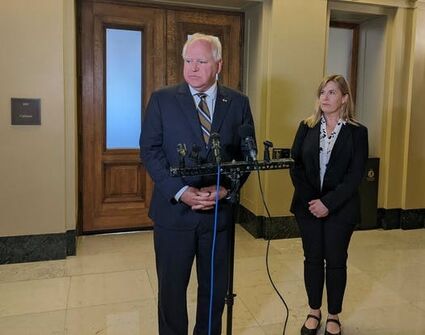 Negotiations over a special session of the Legislature have "reached an impasse," said Minnesota Gov. Tim Walz, leaving billions of dollars from the state's surplus unspent.

The DFL governor and top leaders in Minnesota's divided Legislature have been meeting for weeks since the regular session ended in May, trying to finalize a deal to pump billions into tax cuts and new spending over the next three years while also leaving billions on the bottom line. But in a meeting Thursday, Senate Republicans said they don't plan to bring any more offers to the table, Walz said.

"This one is deeply disappointing because it feels like we were negotiating with ourselves over the last few weeks," Walz said in a news conference alongside DFL House Speaker Melissa Hortman.