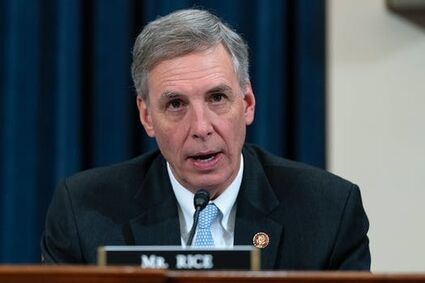 Rep. Tom Rice, R-S.C., faces a half-dozen Republican challengers as he seeks the nomination for his sixth term.

CHARLESTON, S.C. - U.S. Rep. Tom Rice of South Carolina has been ousted from Congress in his Republican primary after voting to impeach Donald Trump over the Jan. 6 insurrection. He is the first of the 10 House Republicans who voted to impeach Trump to lose a reelection bid.

Rice, a five-term congressman, was defeated Tuesday by state Rep. Russell Fry, who was endorsed by Trump. Rice was a strong supporter of Trump's policies in Washington but said he was left no choice but to impeach Trump over his failure to calm the mob that violently sought to stop the certification of Joe Biden's victory.