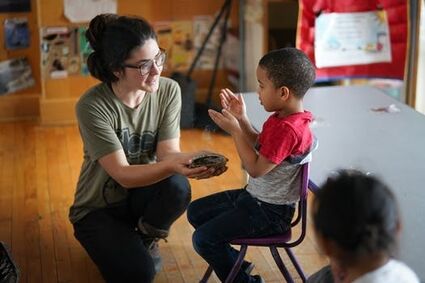 Ojibwe teacher Liz Zoongwegiizhigook Zinsli, photographed in 2019, led students in the Native American practice of smudging. The burning of sage or other sacred herbs is intended to cleanse the soul of negative thoughts.

St. Paul Public Schools is eyeing a new policy allowing and encouraging the Native American practice of smudging - the burning of sage or other sacred herbs for healing - at schools and events across the state's second-largest district.

Native parents first began to promote the idea in 2019, and if adopted, the policy would make St. Paul one of the first public school systems in the nation to give the ceremonies its official blessing, according to a presentation to board members Tuesday.

Viewed by supporters as a way to create a sense of belonging for Native students, smudging already is in place on an informal basis at some city schools. But parents have yearned to legitimize the practice by having it enshrined in official district policy.