One of four people in the car was injured; the moose did not survive 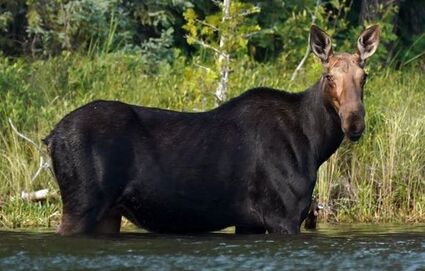 The state's moose population, whose typical range is in northwestern and northeastern Minnesota, is the largest it has been in more than a decade, after 11 consecutive years of remaining relatively stable, Department of Natural Resources (DNR) officials reported this spring.

An Iron Range family out for a late-night drive collided with a moose Saturday night and sent the animal through the car's windshield, authorities said.

The Ford Mustang struck the animal about 11:50 p.m. Saturday on northbound Hwy. 53, about 25 miles south of Eveleth, the State Patrol said Sunday.